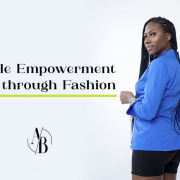 Female Empowerment through Fashion. Fashion – or how we dress, specific clothing, and accessories, among others – can provoke changes and moods that make us act in a certain way. What we decide to wear or use at a specific moment may cause us to feel strong, confident, or empowered. There are days when we feel unattractive when we dress, while at other times, we may feel radiant and attract people’s gazes.

Fashion has a lot to do with those feelings, and by understanding them, we can make fashion choices that allow us to become confident with ourselves. 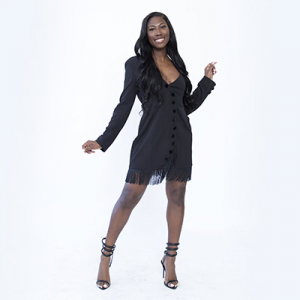 The word empowerment comes from power, and it is defined as those actions through which a person merges their confidence, leadership capacity, self-confidence, and freedom within a group, community, or social environment.

We know this definition is somewhat biased towards the social side of things, but fashion is a phenomenon driven by the changes that occur in society. Therefore, they closely relate.

Fashion has enhanced historical moments and often accompanied women in their journey to becoming the protagonist of the changes of the moment.

Empowerment in fashion through the ages

In 1909, the French designer Paul Poiret made a substitute for the classic corset in a cylindrical shape and without the presence of threads or ribbons that put pressure on the female figure. This substitution gave women a more natural form and freedom without the discomfort of wearing the original piece on top. This change in design marked an improvement in terms of clothing required for women of the time.

World War I and post-war

With the arrival of World War I in 1914, the men went to fight, and the women were in charge of their homes and the jobs that men used to fill. They, therefore, found it necessary to adapt their clothing to a style that was much more comfortable and more suitable for completing the men’s tasks in their absence.

Therefore, in this time period, lace garments and garments made with more delicate materials were replaced by more masculine pieces of clothing, such as pants, jackets, and shirts, among others. These changes emphasized the comfort and functionality that were needed rather than the aesthetics.

Thus, we saw how women went for the simplicity of straight-lined garments and mid-calf skirts, all with the same goal: comfort.

Another radical change of the time was regarding the length of the hair. Long hair could become easily tangled in the factory machines of the time, so for practicality, hair was worn short. This style continued even in the post-war era as a symbol of women’s new societal role.

Another post-war emergence was the flapper generation, which was a movement or lifestyle led by young women characterized by defiance, independence, and an interest in participating in the political, labor, and economic arenas.

They wanted the looks of the 20s/30s to be oriented to a unisex style and thus break with the existing differences between men and women. Thus, loose garments and straight cuts, which avoided marking curves, hips, or breasts – i.e., clothes that didn’t enhance the female figure – became the predominant style.

As a result, the Chanel style prevailed. This style included masculine elements such as hats, glasses, and canes, among others, and the women who wore them were seen as rebels by society.

Birth of the bikini

An engineer created the first bikini, inspired by the women who were in Bikini Atoll in the Marshall Islands, where atomic bomb tests were being carried out in the post-war period.

Louis Réard noticed that women lifted the edge of their one-piece swimsuit so that the sun could reach as much skin as possible and thus get a more accentuated tan, so he came up with the idea of making a two-piece garment that uncovered the navel and showed more of the woman’s body.

However, the church rejected the design and banned it in many countries. In fact, it continued to be controversial until the late 1960s, when, thanks to the movements for women’s rights, the bikini was presented as a symbol of emancipation and liberation of the body.

Women in this period began to conquer education and workspaces, and thus, female entrepreneurs emerged. They began entering positions that were earned thanks to their preparation, training, and intelligence, and so at this time, a new style called Power Dress was created.

This dressing style consisted of adopting masculine style garments for women to wear at work. This included suits tailored for women, jackets, shoulder pads, shirts, and pants. The style is still used today to reflect a professional image and give women confidence in the workplace.

1983 and the new sportswear

In this era, there was a wave of sexual liberation in which women began to have increased autonomy, self-esteem, and confidence. They were also now more aware of their bodies and began to take up sports more frequently, such as aerobics, which was gaining popularity at the time.

To do aerobics, however, it became necessary to use more comfortable and adaptable fabrics to the movements of the exercises and, at the same time, were resistant to wear and washing. Therefore, fabrics such as lycra and nylon, together with the decade’s technology, appeared in the textile industry to manufacture garments specifically designed for sports use.

It caused such a stir and was so popular among women that it was used for aerobics and everyday activities, showing off women’s best attributes with its skin-tight fit.

In the early 90s, the Riot Grrrl movement emerged in the United States, which was formed by a group of women inclined to a feminist punk style who sought to break down barriers around issues considered taboo at the time.

With this movement, this group of women sought to spread a message of diversity and empowerment wherein all women would be considered beautiful, not only those with very neat and polished appearances. These women distinguished themselves with hardcore punk clothing, provocative, irregular haircuts, lipsticks in strong colors such as red and black, and chains, among others. 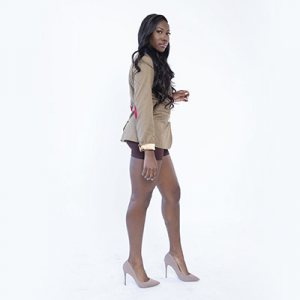 Today we have been recycling styles from other eras based on the boomerang theory, in which trends come back into fashion at a certain time. This recycling has allowed the new generations of women to empower themselves as well and wear clothes with confidence and security.

Thus, since the beginning of the year 2000, we have seen how garments with lace, tulle, transparencies, and synthetic materials have returned to the forefront of fashion trends.

Additionally, we saw increasing feminine liberation and an inclination to show the body and curves with pride. Women were empowered to show off their bodies without fear of restriction or prejudice.

As we entered 2016, we began to find unisex or neutral fashion more frequently. Nowadays, we find genderless or women’s garments inspired by male patterns and styles.

Fashion has always been a way for women to express themselves. It has even served as a symbol of the struggle for equality and recognition that women faced for many years, and we know it will continue to be used as such in the future. So when you choose your clothes, you should be empowered to wear what makes you feel comfortable in your own skin and what will reflect who you are to the world. The style that suits your taste is a symbol of your power.